Alexander Tol is a Dutch American actor who moved to the UK and trained at the London Academy of Music and Dramatic Arts.

We caught up with him after watching his truly captivating performance as Bryan Tyler in Jason Fité’s first feature film Through A Dark Mirror (2019), where he also discussed his love of clowning about (and getting paid at the same time!), as well as the importance of being brave.

AT: I’ll do my best! It’s about an incident that occurred where six people were killed at the same time in six different locations. A suspect has been brought in and what follows is a series of interviews with a detective and a psychotherapist. Things start unfolding that you hadn’t expected and the suspect is perhaps more multifaceted and more layered than you expected at the beginning. That’s as much as I can say!

FF: Did you draw on any particular experiences as inspiration for the role of Brian such as previous roles or your personal experiences?

AT: It’s part of, actually, the biggest challenge which is playing someone who’s smarter than you are!

One thing that I really focused on was, and it was a lesson that I had training, which was being more aware of your surroundings than you as a person usually are. I thought that someone who has maybe had more life than I had would be more deliberate in their movements, but have less extraneous movements than I would naturally have. I think the shortcut to that lesson is having a pair of eyes in the back of your head constantly. I think that was maybe the thing that I tried to be aware of constantly, like, ‘what’s happening right behind me, what’s happening to the sides’? And that was a fun exercise to play throughout the whole film really.

FF: What was Jason Fité like as a director to work with?

I got the script, maybe 3 ½ – 4 weeks before we started filming with only 1 week of rehearsal…and, I mean, it’s a lot of script! So, it’s quite daunting. I thought, I’m gonna do a lot of homework alone, before we even go into the room. What Jason (pictured, right, above) did was he directed me but simultaneously gave me so much freedom to just figure out my own journey as well. And if I had any suggestions backstory wise – because there’s a lot in the film that is unsaid – he would go with it, and we would develop that a bit further. So that week of rehearsal, especially, was so exciting, and made me feel completely confident for the actual filming.

FF: What’s been your favourite role to date (Through A Dark Mirror aside) and why?

AT: You know what, this is quite controversial! I did a commercial in 2016, which was basically all clowning…I’ve actually got the cup here; it was for a beer brand. It was basically me kind of making up how to get from Holland to Manchester while balancing a glass of beer. I love clowning; it’s kind of physical theatre; acting through physicality and mainly overcoming obstacles in a more creative way than you would in real life.

With every single part that I ever do, I try to keep in mind the lessons that I had in clowning, and one of my favourite ones – yeah, Through A Dark Mirror (2019) actually allowed me to do that –  is… (stop me if this is too out of the box!) but… Imagine a box in front of you… I want to show people that box. You don’t just make a box and let it go. You make a box with your finger and keep eye contact with the box and don’t let it go until all the audience see it and keep it in your head.

There was so much in Through A Dark Mirror (2019) where I could do that, to play with things that aren’t there, but it’s your job to make them there for the audience. That was so exciting.

FF: Who’s your favourite actor living or dead? Who comes to mind straight away when I ask that question?

It just pulls on your heartstrings doesn’t it? Somebody so grounded. But I go through months of having a different favourite actor. Yeah, it changes every month!

FF: Other than Jason, who has been your favourite director to work with so far in your career?

AT: With a really good series of directors that I’ve worked with… everyone has been so different and unique.

I did a horror movie last year – actually, right after Through A Dark Mirror (2019) – and the atmosphere that the director Bob Pipe created was so fun. We were filming in the woods for a week and a half… the movie is coming out now, it’s called Soul Reaper (2019). It’s a ‘dumb’ fun horror movie. The director and I really got along well and, again, this is what Jason does as well… It’s just giving you enough direction to feel more free than you did before, to do whatever you want to do.

FF: Again, other than Jason,  if you could pick one director to work with in the future, who would you choose?

First thing that came to mind, again, was the Coen brothers. Just the joy, the joy in every single film.

FF: What do you wish you’d known when you first started acting? 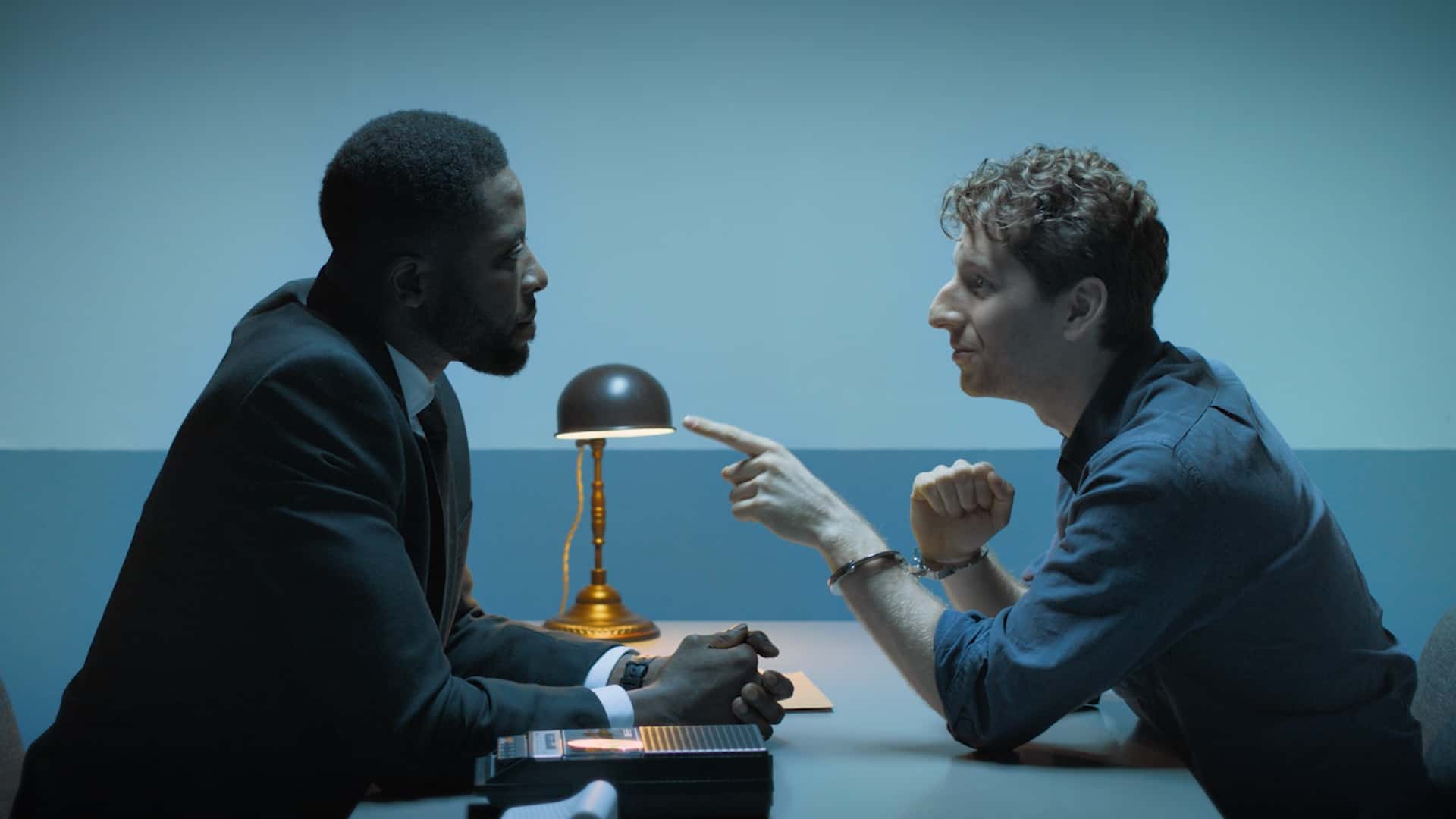 FF: And finally… and what’s your current or next project?

This is a tough one, because I’ve got some NDAs so I can’t talk much about any of them! I’ve got a video game called Sea of Solitude that’s coming out soon in which I play ‘Jack’, the boyfriend/wolf/penultimate level.

FF: Is that a voice acting role, then?

Exactly. I only recorded for a day on it but it’s a really big part. I think it’s the best time I’ve ever had acting because you‘re in this huge studio, you’ve got the autocue on but you also see yourself as the character. You get a real feeling of who you are by just looking at it. You’re also live and, so, not rehearsed. Yes, in the moment. It was amazing. Honestly.

What am I doing now…? I’m helping out with a short film of a friend of mine, Katrin Larissa Kasper, who was in Soul Reaper (2019). She’s filming something on Saturday and Sunday and that script is amazing. So I can’t wait to do that.